Once cuffed Chrissy Marie turns around and pleads again “Officer this is really unfair” as she makes a sad pouty face. When the officer returns he tells Chrissy he just got word that they found her at a house down the street so he is going to let her go now. He removes the cuffs and Chrissy turns around, visibly annoyed. “Thanks for being cooperative ma’am. We never know what we might be dealing with” he says. Chrissy goes on an angry rant… “Well you shouldn’t put handcuffs on someone unless you are sure. I’ve never been arrested and that’s my first time ever being in handcuffs. The officer reaches out hand to try and shake Chrissy’s hand and Chrissy’s swats it away. “Ok ma’am I need you to turn around and put your hands behind your back. I’m arresting you for being disorderly.” Chrissy starts to apologize profusely but it’s no use. He proceeds to cuff her again as he reads her rights then escorts her outside.

Officer Jackie Jupiter wrangles these mamas and teacher into jumpsuits. She gives everyone a phone call and sticks them all together in a cell.

The moms and teacher are taken down to the station by the school’s officer Jackie Jupiter. She brings them in in waist chains and handcuffs and starts the processing. These mommies are being very naughty.

Nathalie hears her son is suspended from school so she goes down to his classroom to see what happened firsthand from his teacher. While she is there another mom shows up and things start to get out of hand! Come watch part 1 of this epic hot mom fight!

McKenzie is transferred to the station where Officer Summer uncuffs her and puts her in the cell. McKenzie is tired and takes a nap until it’s time for her trial.

Officer Summer finds Mckenzie’s add online and gives her a call to set up the sting. She and Officer Mia head to the hotel room to catch Mckenzie and handcuff her as soon as they can. They shackle her too and search her room for drugs.

Officer Lo Valentine busts Daisy and Charlotte! She handcuffs them and take them down to the station.

Chrissy Marie is a popular local morning show host. She forgot to pay a parking ticket and a police officer is sent to her house to arrest her. Chrissy does not want to wear handcuffs and the cop doesn’t want to handcuff her, but he has to or he will be fired. Over the course of the conversation between Chrissy and the cop, it’s Chrissy who goes from being embarrassed and trying to get out of it to feeling empathy for the cop and encouraging the cop to handcuff her and it will all be okay. After she is cuffed the cop still feels self conscious about escorting her out so she tells him her little trick. “I always just imagine the audience naked. Why don’t you imagine me naked?” So he does and we see Chrissy now naked. She asks if in what he’s imaging is she is still handcuffed and he replies no. Chrissy insists he must imagine her naked AND handcuffed for it to work, so he does. After he feels reassured she is escorted out except now it’s reality again and she is fully clothed. 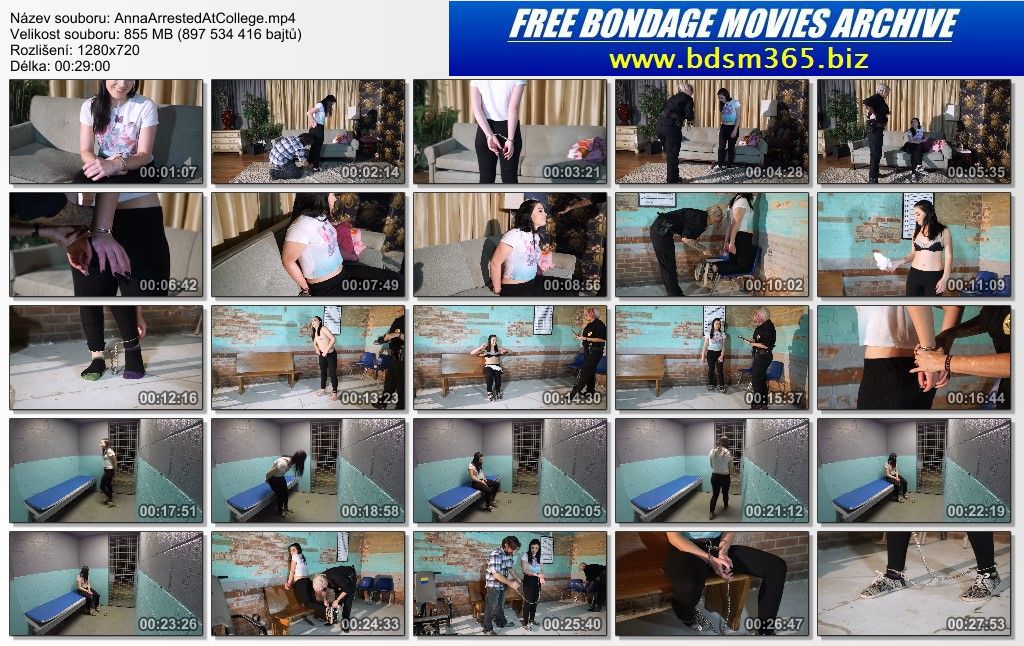 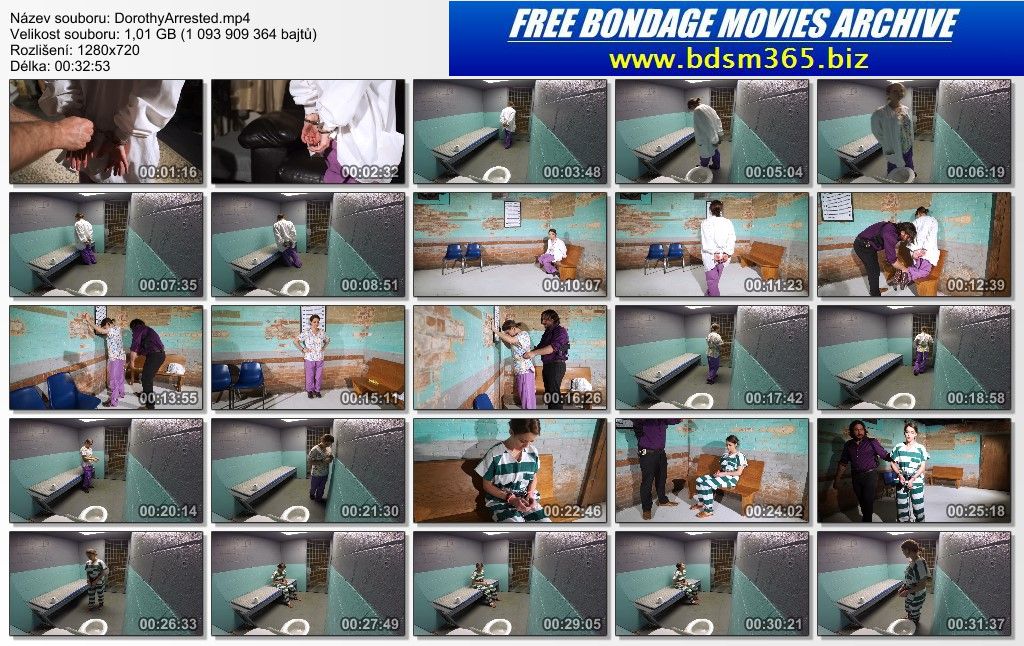 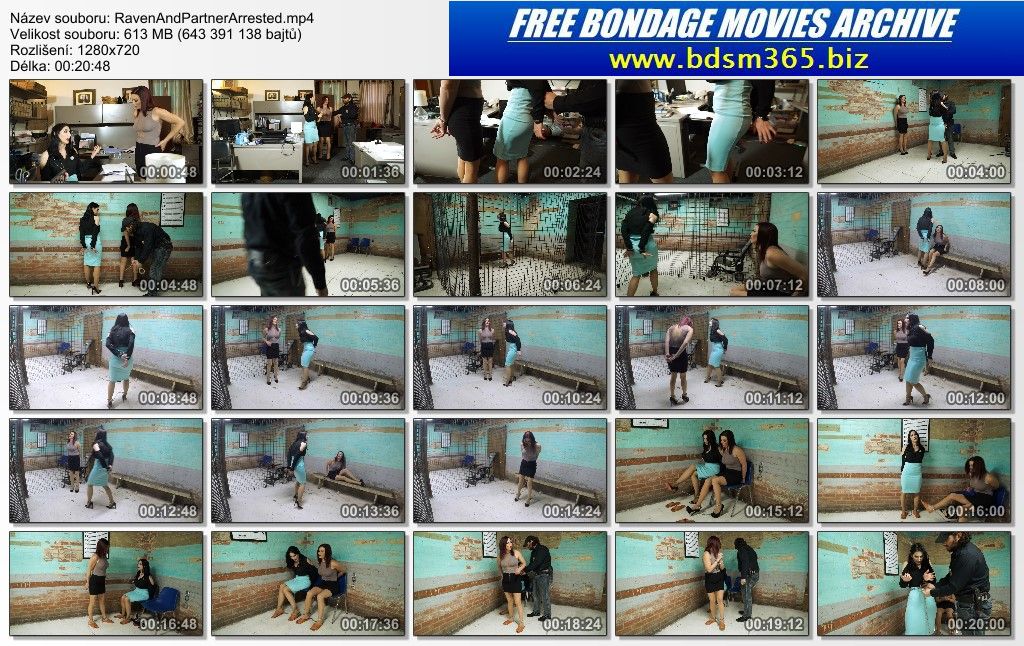 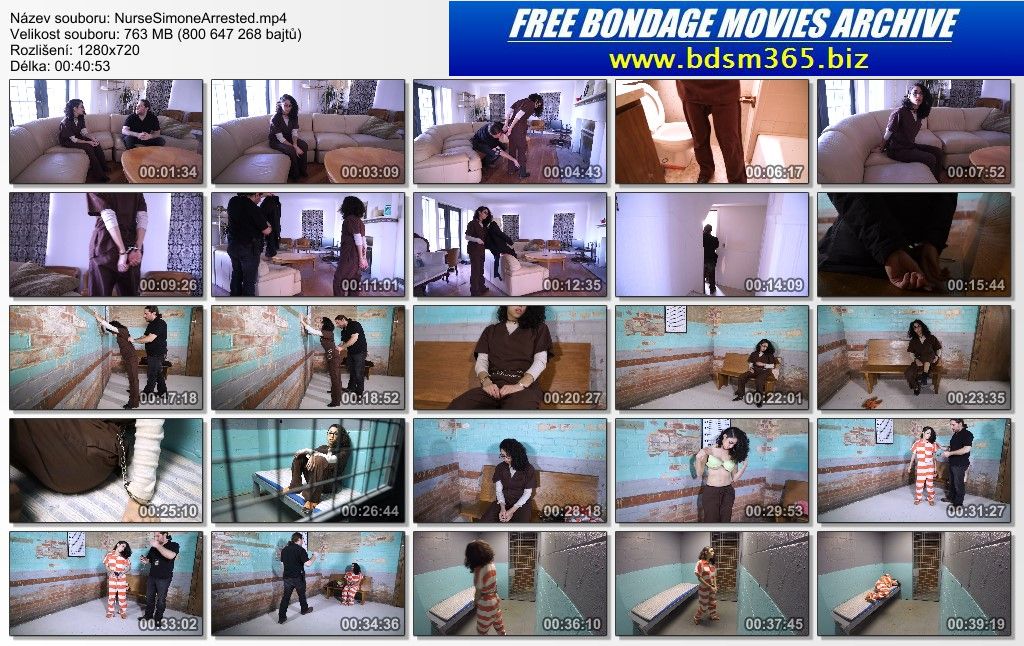 Daisy Meadows and Violet are arrested at school for planting a bomb in the bathroom. These girls are in some serious trouble and Officer Jackie is there to take them down to the station.

To her horror Ashley Lane realizes her purse was in her car as well as her cellphone! The bar is closed and so is everything else in this small town. Along a deserted warehouse area in the city Ashley is repeatedly stopped by Johns thinking she is a hooker. Now the bad news. Really dangerous guys stop. Undercover cops. They tell her they are going to take her in for prostitution. All the while Ashley is pleading and trying to get them to understand that she is not a hooker and that she only needs a ride! They read her her rights, cuff her and put her in the car. As they drive along, poor Ashley practically begging, she notices that they are not going the right direction. Are they really taking her to be arrested? Or something worse?