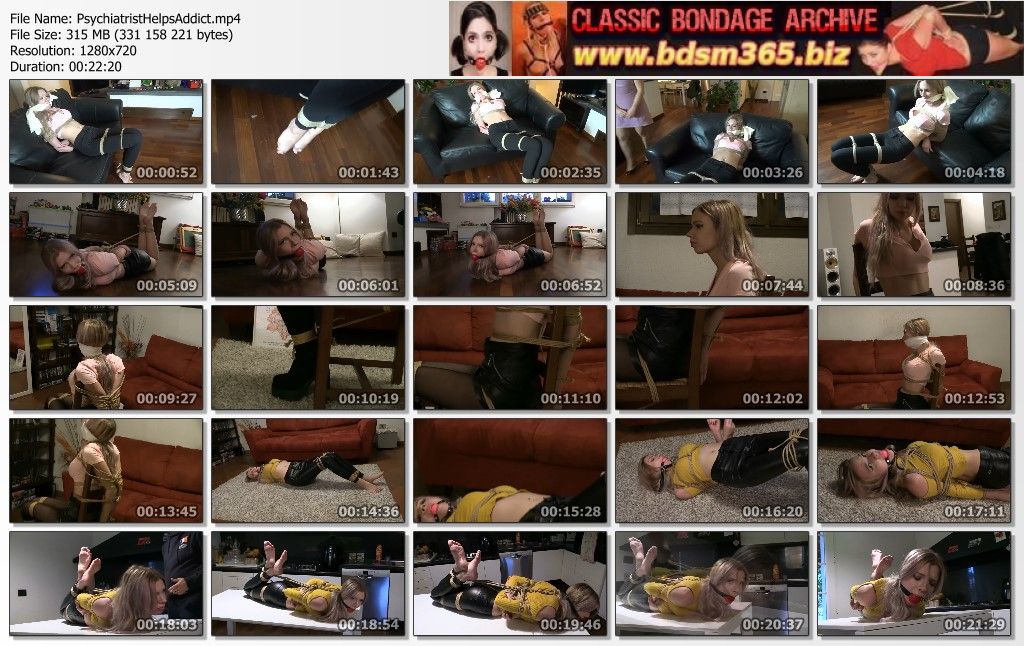 Now Chrissy Marie and Khristall are both naked and tightly hogtied on the kitchen table. Both of them have apples shoved in their mouths and Chrissy now also has “For” written on one foot and “Sale” written on the other foot just like Khristall. There is still another camera in front of them filming them for the bidders. For the rest of the video they desperately struggle to escape before it’s too late! Plenty of close ups of Chrissy and Khristall’s feet as well as close ups of their faces mixed in as they both drool heavily from their apple gagged mouths! It doesn’t look good for these two bound barefoot beauties! Keywords: batgirl, chrissy marie, khristall, bound, cleave gag, barefoot bondage, struggling, handcuffed, hogtied barefoot, apple gagged, drooling, off screen tying, rope bondage, foot fetish.

Dacey Harlot and her best friend Kitty Quinn are the best cock teases always leaving men high and dry. One of the men who was constantly going home with blue balls decided to teach them a lesson. He called me and Jim Hunter to have the beauties captured and tormented. They’re wearing the tightest shortest pvc skirts, stockings, crop tops and very high heels and as they open the door to the building Dacey is grabbed from behind in a tight chokehold and dragged inside. The next thing she knows her wrists are tightly bound and attached to the wall leaving her bent over a steel pipe. Jims binds her ankles together and Dacey cries and struggles as I grope and maul her tight little ass. Next Jim drags in Kitty her arms bound behind her back. She kicks and struggles but his ropes up her neck anchoring her to the board. Jim fondles and gropes the pretty long legged redhead then moves over to Dacey.