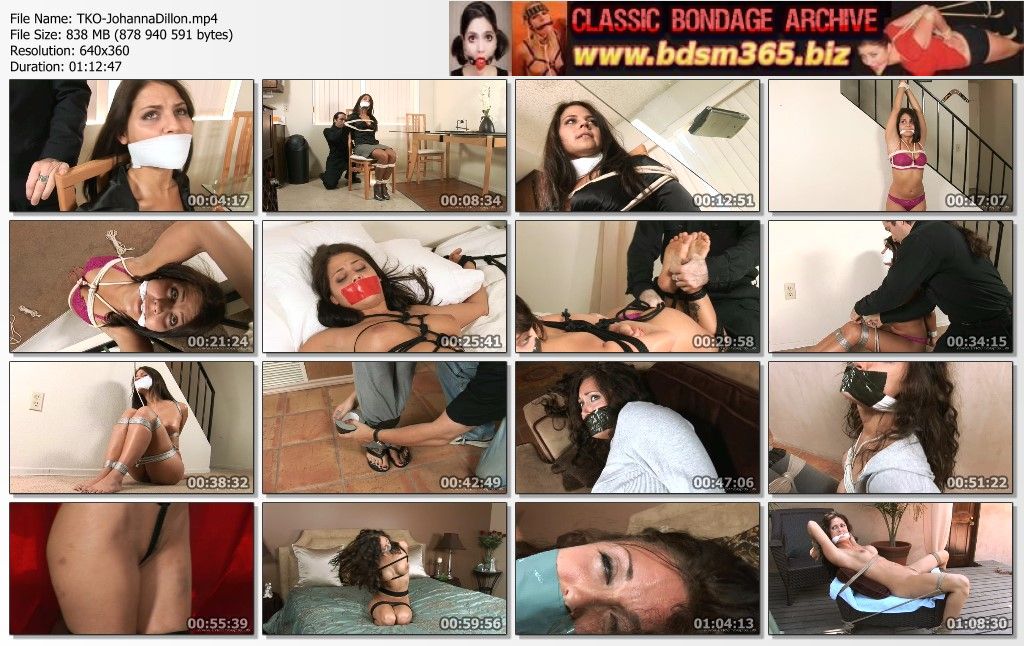 Johanna Dillon (aka Cali Logan) didn’t make it to work on the first day of her new job – but don’t blame poor Johanna! Instead of plunging into her consultant position at a nearby jewelry mart, the usually high spirited young woman was pinned to a chair with rope, a gag over her mouth and fear in her eyes as she watched the man who had forced his way into her apartment make himself at home! Even as he bound her, he had told Johanna that he was just doing a job: she’d be held captive for two days while an imposter took her place at the jewelry mart. Melissa Jacobs Proving once again that beautiful women just aren’t safe at home when bondage minded malefactors are on the prowl, Melissa Jacobs endured a day even more harrowing than Johanna’s! Seized and duct taped into helplessness by a huge masked thug after she returned home from her jog, Melissa Jacobs struggled through one restraint after another in the ensuing hours!