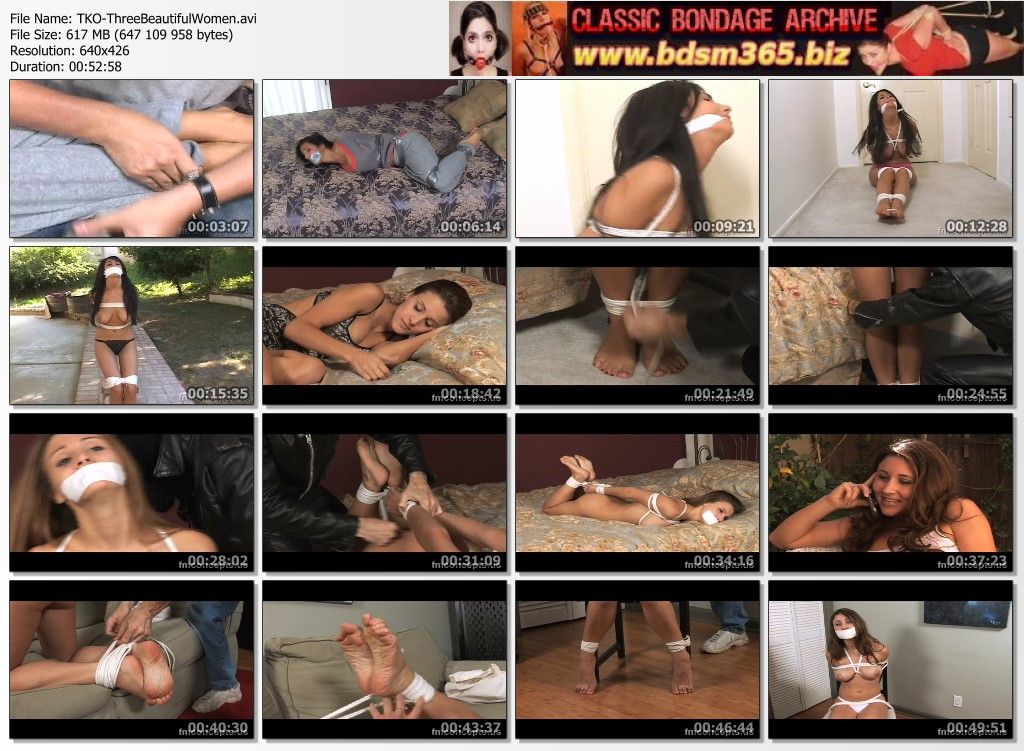 Three beautiful women are kidnapped by evil men. In the first story, a pretty jogger Jaime Hammer confronts a man acting suspiciously and winds up bound, gagged and stripped. In the second story, Andie Valentino retreats to her family’s cabin after an argument with her boyfriend and finds it already occupied by a demented businessman who is angry at her father and transfers his aggression to the beautiful damsel who is forced to stripped, then gets hogtied and muzzled. In the final story, a lovely housesitter Aubrey Taylor is kidnapped by an inept crook who thought he was going to be able to hold a celebrity for ransom and instead has captured a lovely, but poor girl.